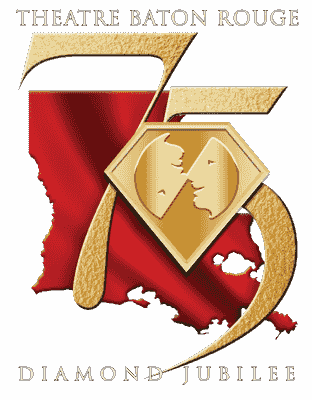 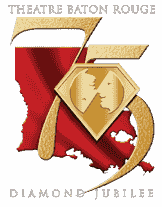 PLEASE FILL OUT AN AUDITION FORM – the link is provided on the sign up sheet.

Callbacks will be held LIVE at Theatre Baton Rouge on Tuesday, March 2, 2021 at 6pm. Callbacks will consist of readings from the script.

ABOUT THE SHOW
The smash comedy hit of the London and Broadway stages, and much-revived classic from the playwright of Private Lives offers up fussy, cantankerous novelist Charles Condomine, re-married but haunted (literally) by the ghost of his late first wife, the clever and insistent Elvira who is called up by a visiting “happy medium,” one Madame Arcati. As the worldly and otherworldly personalities clash, Charles’ current wife, Ruth, is accidentally killed, “passes over” and joins Elvira, and the two “blithe spirits” haunt the hapless Charles into perpetuity.

CAST NEEDS
*ALL ETHNICITIES ENCOURAGED TO AUDITION FOR ALL ROLES*

Charles Condomine (M, 30-50) – A confident English novelist working on a new supernatural thriller.  He is intelligent, articulate, and debonair, but tends to let his wives call the shots.  Charles invites Madame Arcati to his home for dinner and a séance – we see Charles go from skeptic to believer when he sees and hears the ghost of his deceased ex-wife Elvira.  Actor must be comfortable with physical comedy, well-spoken, and able to portray the flamboyant comedy of Noel Coward.

Ruth Condomine (F, 30-50) – Charles’ second and current wife – she is a sharp and sophisticated, but predictable socialite.  When the ghost of Elvira appears, Ruth, unable to see her, grows concerned for Charles’ mental well-being and does everything in her power to try to make him “normal” again.

Elvira (F, 25-40) – The ghost of Charles’ first wife.  Elvira was bright, spirited, and carefree prior to her death – in the afterlife, her attitude has not changed.  Only Charles can see and hear Elvira when she is brought back to the physical realm after Madame Arcati’s séance – she still loves Charles in some way, but is more interested in making Ruth jealous.

Edith (F, 25-40) – The Condomines’ new maid – she is a hard worker focused on making a great impression on Charles and his guests.

Madame Arcati (F, 30+) – An eccentric, boisterous clairvoyant hired by Charles to provide research for his newest supernatural thriller.  Her spiritual gifts are legitimate, but she unknowingly invites the spirit of Charles’ deceased wife Elvira into the Condomines’ home.  Actor should be very comfortable with physical comedy.

Dr. Bradman (M, 30-60) – A friend of the Condomines, Dr. Bradman accepts the invitation for he and his wife to attend dinner and the séance with Madame Arcati.  He is a complete skeptic and does not believe in spiritualism, but wants to support his friend Charles’ newest endeavor.

Mrs. Bradman (F. 30-60) – The naïve wife of Dr. Bradman – unlike him, she is fascinated by Madame Arcati and the events of the evening.

We hope to see you at auditions! Please contact Managing Artistic Director Jenny Ballard at jballard@theatrebr.org with questions.

Please click below to sign up for our newsletter to be the first to know when we announce our next round.

Thank you to everyone who auditioned for Clybourne Park!  We had an incredible turnout, excellent auditions, and very difficult decisions to make.

Congratulations to our incredible cast of Clybourne Park!!

TBR's Young Actors Program presents A BREATH OF FRESH AIR: A Journey Through Songs and Scenes

Congratulations to the incredible cast of TBR’s YAP Spring Fling:

Thank you to everyone who auditioned for our Jubilee Gala!  We had a wonderful turnout, excellent auditions, and incredibly difficult decisions to make.

Congratulations to our incredible cast of TBR’s Jubilee Gala:

Thank you to everyone who auditioned for Neil Simon’s The Odd Couple!  We had an incredible turnout, excellent auditions, and very difficult decisions to make.

Congratulations to our incredible cast of The Odd Couple!!