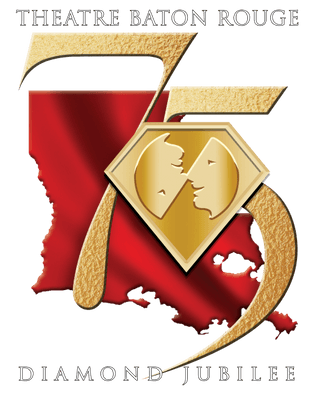 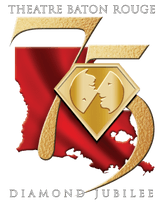 Education is an important part of the Theatre Baton Rouge experience. Our programming goes far beyond performing.  We offer fall, winter and spring classes for students of all ages from five years old to senior citizens. Classes focus on acting and performing, voice instruction, auditioning and improvisation. Our focus is not concentrated on just onstage training, but behind the scenes as well. With classes devoted to scenery design and playwriting, students will learn what goes on behind the scenes and the technical aspects of theatre.

Please follow the links below to learn more about our Young Actors Program and other educational opportunities at Theatre Baton Rouge.

Broadway Resident Director, Max Quinlan, brings his musical theatre song interpretation class, “Bring You to Your Work” to Baton Rouge! Having served as the Resident Director for the 2014 Broadway Revival of Les Misérables, National Tour of The Phantom of the Opera, and Associate Director for the World Premiere of Andrew Lloyd Webber’s, Unmasked, Max looks to find your specific voice as an actor and let it shine! This class is an opportunity to work on “go-to” audition songs, old material, or something brand new! Max will work with each student on acting, audition techniques, song interpretation, and how to bring their individual point of view, perspective, voice, and experience to their material. Sign up today for your chance to bring you to your song!

MAX QUINLAN is a Broadway Resident Director, Broadway Performer, Jeff Award-Winning Chicago Actor, Casting Associate, Audition Coach, and Director based in New York City. Max served as the Resident Director for both the 2014-2016 Broadway Revival of Les Misérables as well as the National Tour of The Phantom of the Opera from 2017-2019. Most recently, Max was the Associate Director for the World Premiere of Andrew Lloyd Webber’s, Unmasked, at Paper Mill Playhouse. Directing highlights include: Show Boat, Company, Next to Normal, Ragtime, Detroit, and the short film, Sammy’s Fedora. Max is also the creator and director of Broadway Isolation Project, a video series featuring Broadway performers singing songs in isolation. Performance highlights include: Broadway (Les Misérables Revival; Dance Captain/ Fight Captain), National Tours (Evita; Che, Les Misérables 25thAnniversary; Marius, Ragtime; The Little Boy), Regional Theatre (The Light in the Piazza; Fabrizio – Jeff Award, Jesus Christ Superstar; Jesus – BWW Award, Joseph…Dreamcoat; Joseph, Ragtime; Younger Brother, My Fair Lady; Freddy). Max has worked for the Broadway Casting company Stewart/Whitley, teaches regularly at Universities and acting studios around the tri-state area, and runs his own studio “Bring You to Your Work.” A proud member of AEA since 1998, Max earned his BFA from the University of Cincinnati-College Conservatory of Music. Max is the proud husband to actress Siri Howard and father to their son, Jack.

This virtual master class taught by Broadway actress, singer, dancer, singer and Choreographer, Krissy Richmond, will be based on the basics of musical theatre jazz and feature choreography from the musical "Chicago"!

Krissy Richmond is a former principal dancer with the Houston Ballet. Roles she created include: Carabosse in the Sleeping beauty, the mad woman from Peer Gynt, Mimi in the Miraculous Mandarin, Ghost Dances, the Sugar Plum Fairy, Serenade, In the Night, Bartok Concerto, and the original cast of Paul Taylor’s Company B. Upon leaving the ballet, Broadway and regional credits include: Hunyak and Roxie Hart from the musical Chicago, the Queen n Matthew Bourne’s Swan Lake, and Elizavetta Grushinskaya in the Grand Hotel, guest artist in Big Love for the University of Houston, Man from Nebraska at Stages Repertory Theater, Dorothy Shaw.

Mr. Jones will offer two Musical Theater dance classes. Donald Jones is an original Broadway company member for both Disney's Frozen and Disney's Aladdin. In this virtual Zoom class Mr. Jones will guide students through movements and choreography. Join him in a Master class where you will not only explore dancing but also the dynamics and intention behind the style and choreography of dance in shows. The last 15 min of each class will be open to a Q&A about the work required to be a Broadway performer and living in NYC. You don’t want to miss this! Let’s dance!

Donald Jones, Jr. is a Director/Choreographer and Actor originally from New Orleans. He graduated from Northwestern State University of Louisiana and has received training from the New Orleans Ballet Academy, the American Dance Festival, and Spectrum Dance Theater of Seattle, where he was a company member from 2011-2013 Teaching: Broadway Dance Center, Broadway Classroom, Studio West Dance Center of Colorado, New Orleans Center for the Creative Arts and was a Cultural ambassador with DanceMotion USA where he performed and taught contemporary American dance in Nepal, Bangladesh, and Sri Lanka. Broadway: Frozen (OBC), Aladdin (OBC), and CHICAGO. Off Broadway: Sweet Charity, West Side Story with Carnegie Hall. National Tour: The Color Purple. Glad to be sharing my love of dance with all of you. IG: @doniejunior